Get fresh music recommendations delivered to your inbox every Friday.
We've updated our Terms of Use. You can review the changes here.

These Teeth Are Sharp 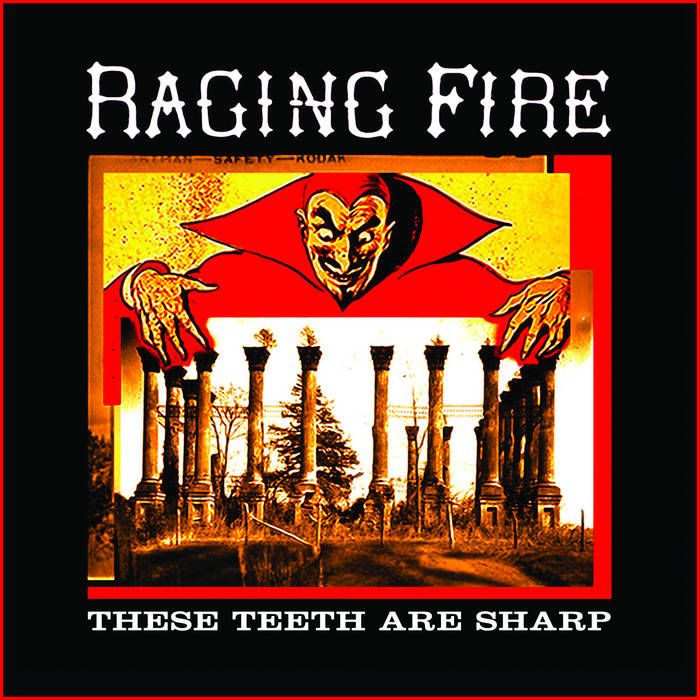 headlesslady A new album by a much-beloved band from my mis-spent youth.

eodell If this was a just world, it would be Raging Fire and not Lynyrd Skynyrd who are synonymous with southern rock, and if not for unimaginative record companies and Nashville's official ambivalence toward non-country local music in the 1980s, we might already be living in that world. Thoughtful, passionate, and wild by turns, these veterans of punk-tinged rock with a faint twang are back after thirty years with ample evidence to justify their claim to pre-eminence. Do not miss this. Favorite track: A Narrow Sky.

Nashville-based ’80s alternative rockers Raging Fire are back with a blazing selection of nine recordings on their new album, These Teeth Are Sharp. The album follows the 2015 release of the critically acclaimed career anthology, Everything Is Roses 1985-1989, which told the story of one of Music City’s most innovative and beloved rock bands.

In 2012, Godsey and Medley began discussing plans for the compilation Everything Is Roses 1985-1989, just months before Godsey’s tragic death from a heart attack. Three years later, Raging Fire honored Godsey’s memory and celebrated the release of the 22-song compilation with a live performance at Nashville’s Exit/In. For that show, Zaner and Medley reunited with three former Raging Fire bass players, Les Shields, John Reed and Rusty Watkins. To fill out the band’s sound, they also recruited friends and contemporaries from the ’80s Nashville rock scene — guitarist and vocalist Joe Blanton (Royal Court of China, The Bluefields), guitarist Jeff Cease (The Black Crowes, Eric Church Band) and keyboardist and electronic music composer Giles Reaves.

With the new line-up from the Exit/In show, the group began cutting tracks in Nashville’s County Q studios with producer/engineer Mike Purcell. Several songs were drawn from the band’s past, lost gems that had never been fully developed or recorded properly. That was the case with the album’s title track, “These Teeth Are Sharp.”

Throughout the nine songs on These Teeth Are Sharp, the new configuration of Raging Fire burns with fierce punk passion, razor sharp lyricism and a focus and wisdom granted only by rich life experiences. It’s a bold declaration from a band that has chosen to forgo nostalgia over past glories and make their stand here and now.

Nashville ’80s alternative rockers deliver their first new album in more than 30 years, reaffirming their status as one of Music City’s most dynamic bands by creating literate punk-powered rock for the here and now.